Original title: Three-round defeat, losing 15 goals and 19 games across the season, the debt is high 7 times the Bundesliga runner-up has become a relegation favorite!

In the early morning of October 4th, Beijing time, in the third round of the Bundesliga, Leipzig RB beat Schalke 04 4-0 at home. Last season, Leipzig RB, which had a double harvest in the Bundesliga and the Champions League, opened the season with 2 wins and 1 draw, leading the Bundesliga standings in the new season. Schalke 04 suffered a three-game losing streak at the beginning of the season and lost all three games.

This game against Leipzig RB was Schalke's first game after coach Baum took office, but Schalke showed no signs of rebound and suffered another 0-4 defeat.

Under the leadership of former head coach Wagner, Schalke 04 has suffered two disastrous defeats in the first two games of the new season. In the first round of the guest game against Bayern, Schalke netted 8 bombs and lost 0-8. In the second round, Schalke lost another 1-3 against Bremen, who was barely relegated through the play-offs last season.

After defeating Leipzig RB in this round, Schalke has conceded 15 goals in the first three rounds and only scored 1 goal, setting the record for the most conceded and least goal difference in Bundesliga history during the same period. 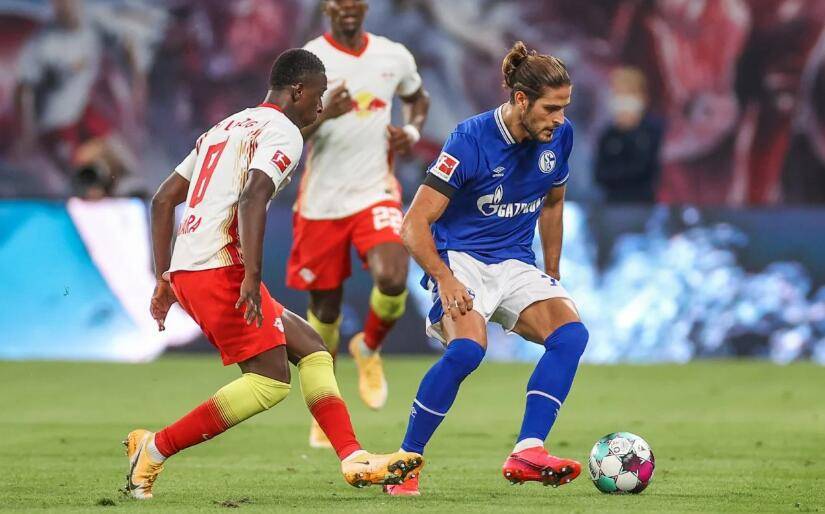 Last season Schalke 04 drove high and low. After a good first half, the team went downhill. In the second half of the Bundesliga, they only won one victory in the 18th round, and that was their last three-pointer in the season.